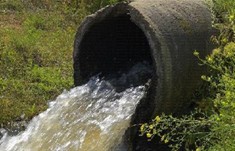 A federal judge kept alive an environmental lawsuit over California’s temporary lowering of water quality standards during the drought in 2014 in what the environmentalists say reduced state salmon and steelhead fish numbers.

The lawsuit challenged the EPA’s enforcement of the Clean Water Act in the fact of actions by Gov. Jerry Brown to revise water quality standard in the Bay-Delta and Central Valley Plans the groups say did not adequately protect wildlife.

The changes weakened water flow and increased salinity in the water, according to the suit. The changes covered 1,600-square-mile estuary that dumps Sacramento and San Joaquin River waters into San Francisco Bay. The EPA approved the plan revisions.

The groups argued that although the revisions to the plans were temporary and set to expire in April 2016, that didn’t really change water quality standards.  The water quality is still degraded, they argued.

Tigar found the dispute was not moot as the EPA argued and ordered the case to move forward.

Tigar criticized the EPA for asking the court to ignore the EPA’s own Water Quality Standards Handbook.