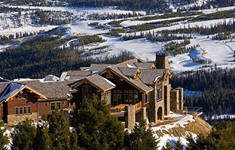 August 6, 2015 pammaclean Civil, US Court of Appeals Leave a comment

A federal appeals court panel was not amused by a bankrupt luxury ski resort operator and his lawyer directing baseless misconduct allegations against the bankruptcy judge overseeing the case.

So the 9th U.S. Circuit Court of Appeals sanctioned Timothy Blixseth and his attorney Michael Flynn Tuesday the costs of the frivolous appeal.

“We order Blixseth and Flynn to pay appellees’ attorneys’ fees and costs in defending against this appeal.  In addition, they shall each pay $500 in damages to the clerk of court as reimbursement for the costs incurred during this frivolous and bad-faith appeal,” the panel said.

Blixseth opened the Yellowstone Mountain Club near Big Sky, Montana in 1997, to cater to the wealthy and celebrity skiers. But Blixseth spent a large portion of his $342 million loan on himself, not the 2,200-acre club, and fell into bankruptcy in 2005.

The bankruptcy judge found Blixseth misappropriated the loan funds for his own use and imposed a $40 million judgment against him.

In response, Blixseth and his lawyer Michael Flynn filed 19 misconduct accusations against the judge as part of a motion to have the judge removed from the case.

In 2014, the 9th Circuit upheld the judge’s decision calling Blixseth’s accusations against the judge a “transparent attempt to wiggle out of an unfavorable decision by smearing the reputation of the judge who made it.”

In addition, the court said, “Flynn’s conduct has been unprofessional throughout the proceedings,” offering emails allegedly from Blixseth’s ex-wife’s account but failed to disclose that the ex-wife and her lawyer filed affidavits and documents showing the material was forged.

Blixseth’s appellate attorneys Patrick Fox, Christopher Conant, Michael Ferringo and Philip Stillman were criticized but were not sanctioned.  All four had tried to distance themselves from Blixseth and Flynn, according to the circuit panel.